Firstly I’m going to start this blog with a picture of me and the BEST DJ in Kenya, DJ WISDOM. 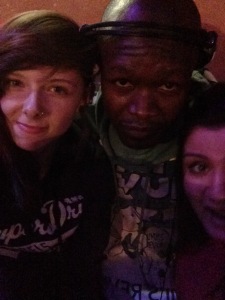 secondly, last night I also took over the role of Kenyas best DJ for exactly 40 seconds: 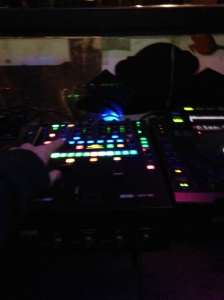 When my alarm went off this morning at 6am I was hoping it was some kind of joke, it wasn’t. 6am isn’t a difficult time to get up at but we are three hours ahead so my body clock screamed “its 3am GO TO SLEEP”.

An awful start to the morning for me personally, I managed a bite out of a piece of bread before running to the bathroom to be sick constantly for about 10 minutes, always a pleasant experience.

Kenyetta is not a university, it is a town. It takes one hour to walk from one end of the campus to another!  Speaking to the students was an eye opener, these people are aware of how lucky they are to be at university and are so eager to learn, it makes you reflect on how spoilt you are. They commit to university 7 days a week, all day. Where as I complain about getting up at 8am for a FILM SCREENING.

Initially our group had a bit of a meltdown when we began; We felt like the students were dis-interested and were not listening to a single word we were saying. A particular group we were working with just seemed like they didn’t want to be there, but really they just didn’t understand the concept of the work at hand. The concept is to make a video about how a CMC can help an issue, in our case thats the gap between rich and the poor. The poor can seek help in the Community Media Centre and use the facilities and exchanges with other people to learn and gain experience and get a job.

This was lost in translation but after lunch we sat down with them and explained properly and they turned out to be probably the best group out of the other 2 in our Video workshop. We are going to produce the best video, just saying.  Im gonna add in some photos I took of me and Charlie’s group being the best 🙂 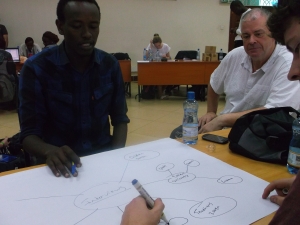 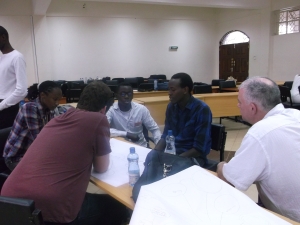 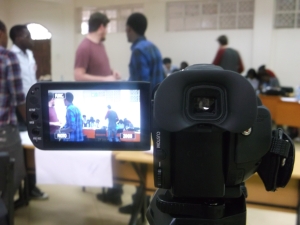 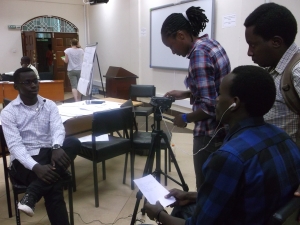 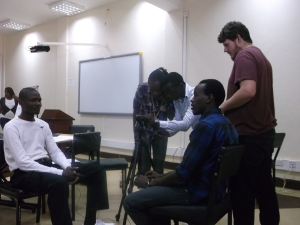 AND NOW FOR THE TRIP HOME.
Was an absolute NIGHTMARE. Stuck in what was essentially a tiny can with wheels, in heat, in traffic, is never fun. We called the van the “banterbus” but that lasted for about an hour, the fun and games stopped 2 miles from home when our Bus driver, Victor (shout out VICTOR) essentially got arrested and we were left on the roadside, confused for about an hour.  He had his driving license taken off him and eventually had to bribe the police to get it back.

Tomorrow we’re headed to Ngong to work with primary school children and have our groups bring their video ideas to life, I’m really excited about this.

CM4K QUOTE OF THE DAY
“a man dressed as a baby tried to sell  us CDs but we were like NO. non of this.” 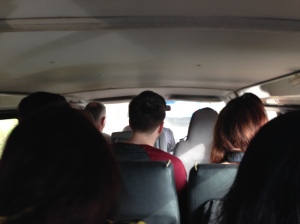 the banter bus aka an empty tin of beans. lacking banter after 3 and a half hours.