Today has been an unforgettable first day as we were taken to Cham gi Wadu, the community we are in the process of building a radio station for. The morning began with everyone heading off to breakfast and as usual we ate more than our stomachs could handle, we wanted to fill ourselves full in preparation for the day we were about take on.

At 10am, after breakfast the Brighton students and Kenyan students gathered in the class room where were assigned our job roles, we must take on whilst out in Cham gi Wadu. My job role was videographer, due to my past experience this role was best suited for me as I knew my way around a camera, microphones, and how to prepare for interviews and film it. Once the roles were assigned we went through the process of getting into groups with those who held the same job role, my group consisted of Sam, Kassim, Aaron, Mae, Eve and Merci. Once that was done the cameras and all kits were assigned and tested ready for the projects to be completed whilst in the community.

After 11.30am with our groups we headed to the bus and were driven to Cham gi Wadu to meet the people of the community. Walking into the community centre I was able to see the building that was chosen to be the place to hold the community radio station. Seeing the community members in their environment was an eye-opener for me, even though I have watched the documentary created by last years students on their trip to Cham gi Wadu. It was good to see the importance of the radio station for myself, as I saw the environment the community lived in and how much they cared for their community and wanted to better it for themselves and everyone there. This extremely care to my understanding today during the visits to a primary school and a community member explained to the children the importance of our visit, and stressed on how the children can visit the radio station in the future and start learning and gain career aspirations.

Whilst at Cham gi Wadu my group and I decided to split up into 3 groups in order to capture as many footage as possible and record all needed. I was in charge of voxpops which meant interviewing some of the community leaders in short snappy videos, asking them 1 simple question of ‘what does the community radio station mean to you?’ and asking them to finish with a simple statement on asking viewers for their help in their journey for a community radio station. In the past creating voxpops was a simple process for me as I have had many experience with it, however creating a voxpop with the members of the community was challenging as I found them not as willing to be on camera and to take the initiative to be filmed. In addition, i found it challenging to explain to them what i was trying to capture and needed assistance from a Kenyan student to translate at times, although this was great the members of the community did not understand the meaning of voxpops even after basic explanation of how it was to be filmed and I found they talked as though they were bring interviewed and voxpops are supposed to be short concise responses. Other issues rose from this as I found many of the answers were the same, we had many interruptions, and my interviewees were not looking at the camera at times.

We later travelled to another community which had a primary school. Whilst there we were surrounded by excited school children who were eager to talk to us, imitate our accents and mannerisms and get in front of our cameras. Whilst there my role of voxpops wasn’t needed and I partnered myself with Kassim to gather stock footage and establishing shots of the area. The school area wasn’t as big as it seemed therefore to gather as many establishing shots was challenging as I didn’t want each shot to seem the same, I tried to avoid filming the children as much as possible and lastly avoid the big great bus we travelled in in appearing into our establishing shots. The time spent here was time consuming and a lot of time was wasted and I felt the time there should have been shorter. Granted with the excited school children a lot of time was spent there and even after many of the groups had completed there roles we weren’t pushed to leave.

Lastly, we visited two more schools, one a secondary school and another a primary school. Being at the secondary school was my favourite as the children had many things in common as myself and with my peers. The children were encouraged by their teachers and headmaster to follow their passion, and many of them were deeply interested in journalism and wanted to purpose it into politics. With our arrival the headmaster kindly brought out all the children outside to sit and we introduced ourselves to them and asked them what they study and interested in. The headmaster encouraged them to get up and come over to us and we will teach them how to use the different kits we were all carrying. This request was met with amazement from me as the kids all rose and hurried to the equipments and seeing the crowds surrounding the video camera with eager to learn and try school children made the whole visit worth it.

We spent some time with the children and teaching them and getting them in front of the camera, which they were not shy about, and introduce themselves, their age, and what they want their career to be in the future. Sam then got them to watch back their recorded footage and it was nice to see how eager and invested into all they were taught. With Sam showing the children how to use the camera and the different functions of it, the children were involved as they asked questions about different lenses to capture certain views like a birds-eye view, in which Sam told them of the different forms of recording devises you can purchase such as a drone.

The second primary school we visited on our way to the coach was pleasant as the headmaster got the children to sing us a song to make us feel very welcomed. The deputy headmistress gave us a wonderful speech and offered for us to come back and stay longer as the children were very interested in what we are doing for their community. 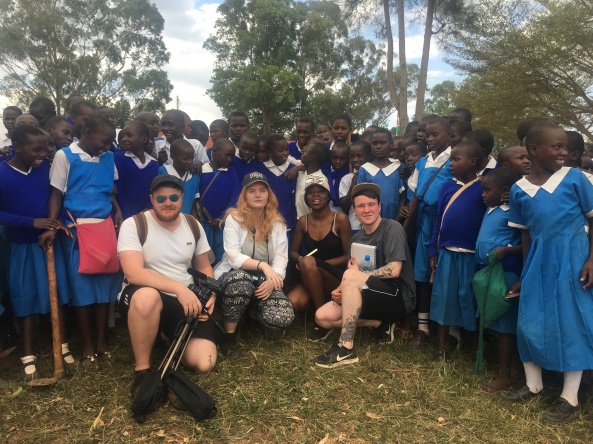 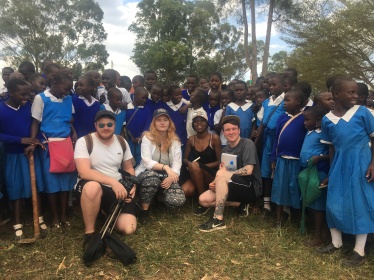 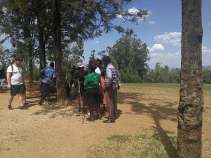 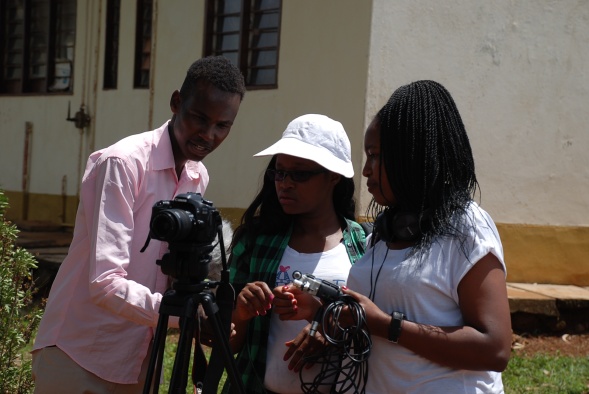