Waking up today was a bit difficult as I was extra tired as we stayed up the night before chatting and having a few beers & ciders. Once we were all ready we headed to the university for another amazing fully packed with energy breakfast. We had some time to kill after breakfast so we tried to feed the dogs, Ludo and Mama before a few of us sat in the shade and the others sat in the sun for a quick tan before lecture. While outside we had a friendly visit from a butterfly (later named by Katie as Florence) which took a rest on Luca’s back and posed for our photos allowing us to get close enough to see its beautiful wings.

The Cham gi Wadu community arrived around quarter past eleven so we waited on the rest of the Kenyan students before getting up and greeting the community members. We then went around in a circle introducing ourselves. We started from the community and ended with Peter. Once greetings were out of the way we watched the video that Sam produced the year before as part of his placement module. This was the second time some of us watched it, including myself and I enjoyed it as equally as I did the first time. I find the video extremely informative, well filmed, and edited. The video showed the dedication and team work between the Cham gi Wadu community and the students of CM4K.

Once everyone got the chance to see the video Peter began the lecture by putting us in the same groups as the day before and adding 3-4 community members to each group. The group I was in consisted of 4 Cham gi Wadu community members, and 7 students. We were asked to discuss four questions: What does geography mean to the project? How can we use maps to plan and operate a community media station? What are the community assets? And last but not least, how will the radio station improve communication between the communities? As a group, we also discussed the relevance of the community radio station shows and what would have interest to the local communities. For example, we would have radio shows based around fishing and how to fish as well as how to keep your fish alive instead of a sports show as this would benefit the radio stations listeners more. Peter also went around visiting the groups. When he reached our group, he emphasized the relevance of community mapping as well as its important elements. These were: the local people and how they educated, lived and ensured survival. A new form of geography called – neo geography. After our group discussion, each group shared and reflected on what they discussed. This allowed us to hear the different perspectives and points from each group. After this we broke for lunch.

This time the Kenyan students where on time, some even early. This allowed us to start the next part of the lecture early, although that did not happen. We were meant to go out and practice mapping with the community as not everyone including the students knew how to do it. But we did not get the chance to do this as the smart phones that were available did not work. So, Peter then decided to explain it using his laptop that did work. He showed us examples that he had already done and what he expects it to look like after we have uploaded all the locations. Once this was over Peter decided to end the lecture for the day. We said our goodbyes and began our lengthy blogs as a group once again.

P(oo).S. My bowel movements are still regular and I have yet to accept any remedies. 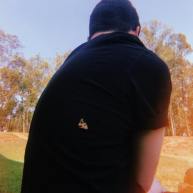